Are you considering adding a pet to your family and having a dog and a Chinchilla in the same home? It’s essential to understand the significant differences between the two animals before making such a big decision, especially since they are different. Before bringing the two together, you first must find out if dogs get along with Chinchillas.

Dogs get along with Chinchillas if they when appropriately trained. There are also dog breeds like the Golden Retriever and The Great Pyrenees that have a low prey drive and are less likely to attack a Chinchilla.

Chinchillas are a type of rodent originating in South America. They have the thickest fur of any land animal on earth, beaten only by the sea otter, who has a thicker coat. Their fur is exceptionally soft and thick. Size-wise, Chinchillas are a little bigger than the average squirrel and a lot thicker in body type.

They can jump up to 6 feet high when startled or chased! Chinchillas mostly live in the wild on the top of very high mountains in Peru. They are social creatures, living in herds of up to 100 Chinchillas, scaring off predators.

Chinchillas breed at any time of year and gestate their young for the longest period of time known for a rodent, 111 days. Because of this long gestation, baby chinchillas are born with all of their fur and their eyes open! Chinchillas usually only have one or two babies at a time.

Chinchillas were hunted for many years for their fur by hunters, and wild ones are now close to extinction in many of their original areas of habitat. It is now illegal to hunt chinchillas in the wild, but many fur farms still raise chinchillas for their soft pelts.

In the wild, chinchillas have many predators, including skunks, snakes, birds of prey, and canines.

The fact that canines are a natural predator to the Chinchilla is very relevant to this article!

Chinchillas have become popular as a small pet in many families, especially in North America. However, they do need specialized care because of their unique characteristics.

Their teeth keep growing throughout their lives, so they need to be regular dental care. Chinchillas don’t have baths with water; they have dust baths. These dust baths help to keep their fur and skin in good shape.

Finally, Chinchillas can’t sweat, so they need to live somewhere with a comfortable temperature. Even as indoor pets, it’s crucial to place your Chinchilla’s cage in a cool part of the house away from direct sunlight.

They can live anywhere from 14 to 22 years old. Chinchillas are sensitive critters that are easily stressed and will overgroom when stressed, leading to bald patches. They can also stop eating if they are depressed or anxious.

In the wild, Chinchillas live in burrows in large groups, so it’s essential to give your pet Chin a quiet and dark place to retreat to in their large cage and another Chinchilla buddy, if possible.

In a calm environment, Chinchillas are active and playful, but often at night, since they are nocturnal.

Chinchillas are naturally a quiet, small animal that likes to sleep in a calm and cool place during the day. Because of this, if you are planning on having a chinchilla and a dog in the same home, it’s important to have a location where you can keep the cage where the dog can’t approach the Chinchilla unsupervised.

It’s also a good idea to place their cage on a table to be intimidated by people or dogs leaning over them when you come into the room. Dogs and chinchillas are both open to being social with people if socialized early in their lives.

However, I would not recommend allowing your Chinchilla to be down on the floor and playing with your dog, ever. They are too delicate and small.

Introducing Your Dog And Chinchilla

The best way to introduce your dog to your Chinchilla is to do it with your chinchilla safe in their cage. You can do it early in the morning or late at night when the Chinchilla is awake and active. Make sure that your dog gets lots of exercise so that they are calm and relatively quiet.

Keep your dog on the leash so that you are in control and prepared for any outcome. And keep the first meeting short. It’s essential to be careful not to stress the Chinchilla.

Every kind of dog is going to be larger than your Chinchilla.

This is an important fact to keep in mind. Never leave a dog and Chinchilla unsupervised. It could lead to an accidental injury of this tiny and delicate creature.

Best to allow them to have supervised time together in the same room occasionally and leave it at that. It’s best to accept that your dog and your Chinchilla will never nap together or be wrestling buddies.

There are five dog breeds that would best fit a household with a Chin. It’s important to note that none of these dog breeds mentioned below have high prey drives for small animals like terriers or other dogs bred for active hunting. However, you must be on the alert when these two species are together.

The Golden Retriever is a top pick for a household of other pets. This dog had a low prey drive.

Golden Retrievers are easy to train because they are so eager to please their people. They can gradually be introduced to the Chinchilla and be rewarded with treats when they act gentle around the Chin.

Retrievers are also amiable and friendly dogs who would welcome the company of almost any kind of animal if appropriately introduced.

The Labrador Retriever. Labs are protective of their family members and calm once they are a little older. They get along well with other people and animals when well socialized and well trained.

Like the Golden Retriever, Labradors are dogs that retrieve game for hunters, so their actual prey drive is relatively low. Also, like the Golden, Labs are eager to please their people.

The Great Pyrenees. Farmers use this dog as a guard dog for livestock, especially sheep. These huge dogs will chase off predators that are eying or stalking their herd. Interestingly, even though this dog is great for guarding and chasing predators, Great Pyrenees have a low prey drive for small animals and are a good breed to introduce to a chinchilla.

The Great Pyrenees are very calm and gentle dogs who don’t bark much, so they won’t stress the Chinchilla. And they have been known to become guardian dogs of their entire household of people and other types of pets..

Japanese Chin. Breeders bred this dog as companions to Japanese Emperors. These calm and affectionate dogs love spending time with their families and are very graceful and quiet. Japanese Chin is somewhat cat-like because of their delicate frames and caring demeanor.

Like the Japanese Chin, these spaniels were bred to be companions for royalty. They are friendly with everyone but relatively quiet, so there is less concern about dog barking upsetting a sensitive Chinchilla’s nerves.

Maltese dogs are another example of a smaller dog with a relatively low prey drive. They love to make friends with everyone and everything, and their gentle nature makes them a good fit for a home with a Chinchilla.

History indicates that these dogs were lapdogs of the Ancient Greeks and Romans, which explains why they are so cuddly even now with their people. However, Maltese dogs like to bark, so good training methods must be applied to ensure a quiet home.

The reality is that chinchillas and dogs are not a fantastic combination as pets. However, you can have them safely in the same household if you can have a separate space for the Chinchilla and supervise any interactions. There are dog breeds with low prey drives that would be best suited a Chinchilla-friendly home.

I hope you found this article helpful, and if you want more, check out the cool articles listed below.

Until next time, take care and be safe. 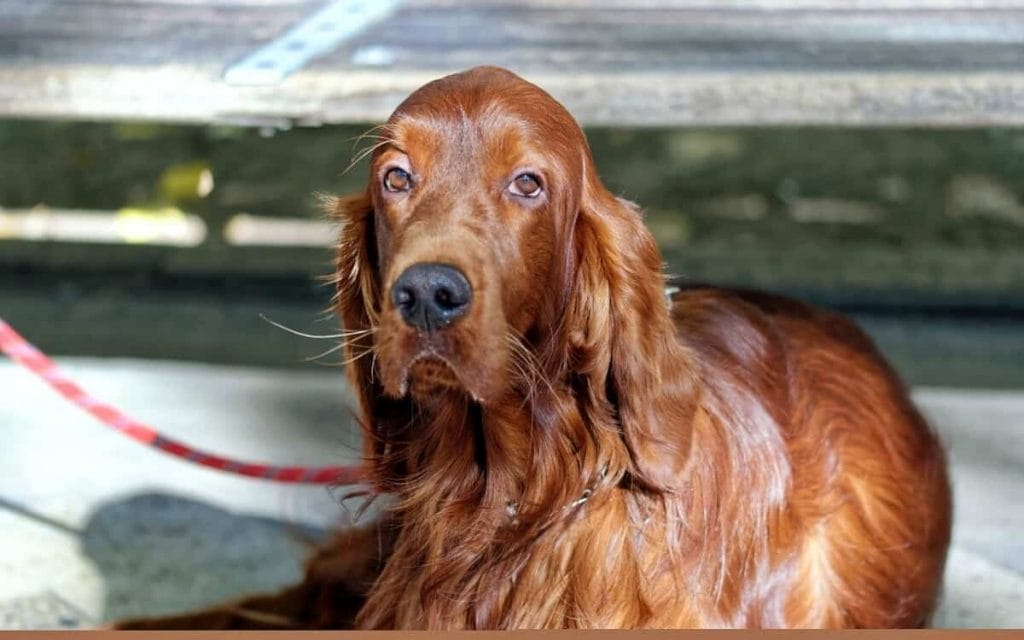 Are Slip Leads Good For Training? (We Ask The Experts)

C.Valitutti
Slip leads can be a good tool in training your dog, however they are not always needed and can actually harm a small dog or…
Read More 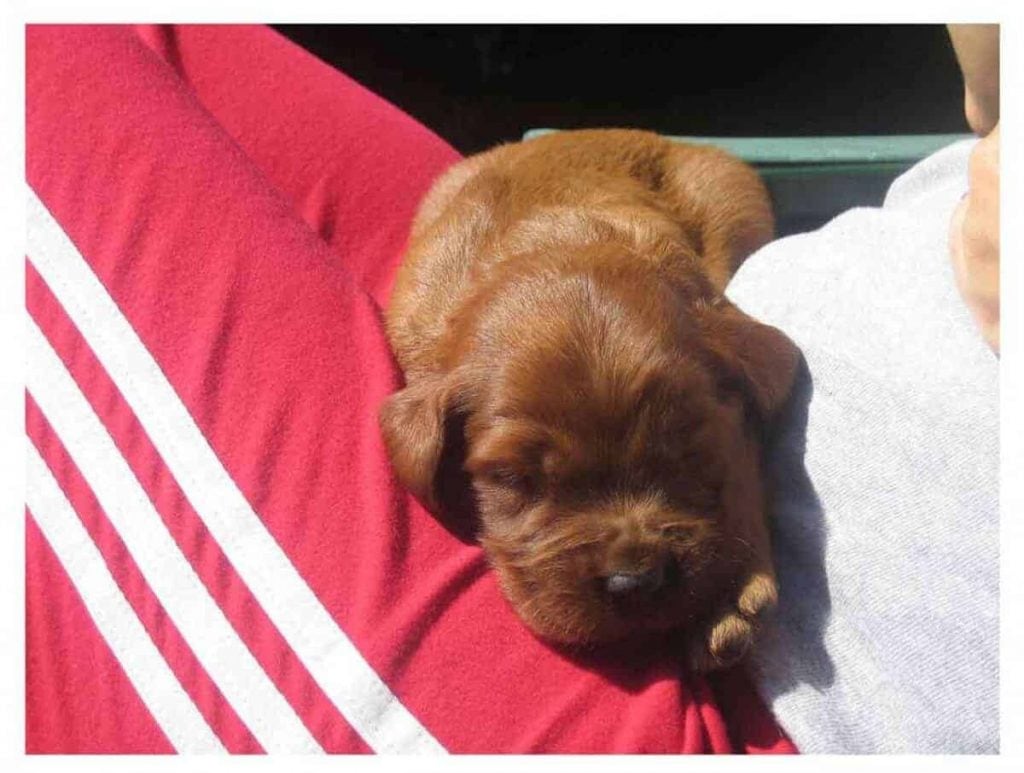 10 Things To Know About Raising A Setter Puppy

Jeremy Shantz
Setters are a fantastic group of dog breeds. Not only are they gifted swimmers, but they also love nothing more than to go into nature…
Read More 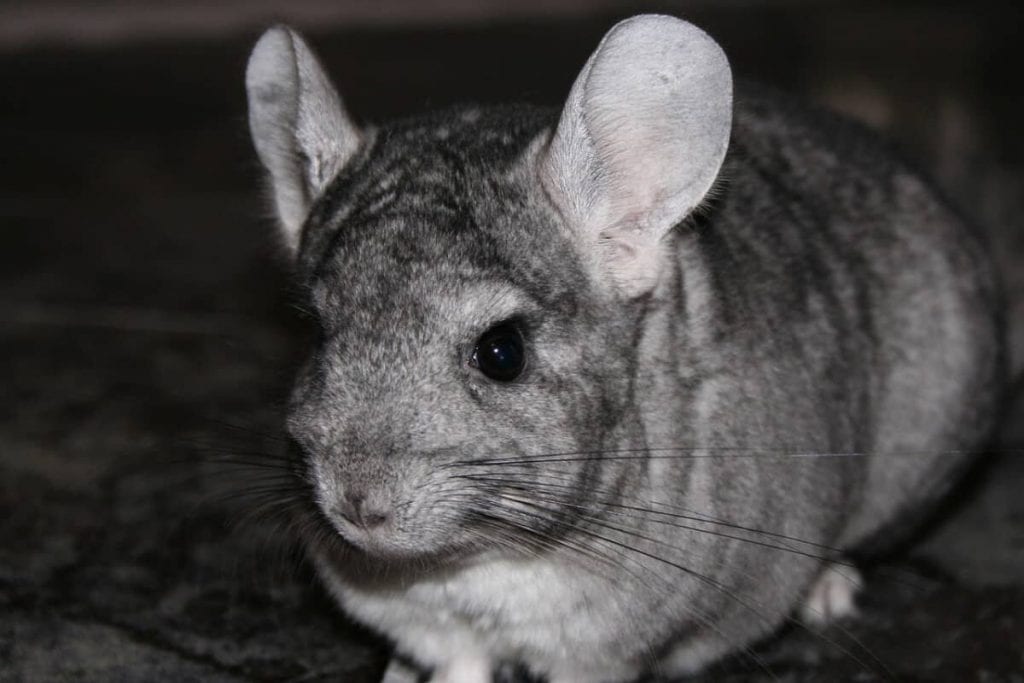 Do Dogs Get Along With Chinchillas?

C.Valitutti
Dogs get along with Chinchillas if they when appropriately trained. There are also dog breeds like the Golden Retriever and The Great Pyrenees that have…
Read More 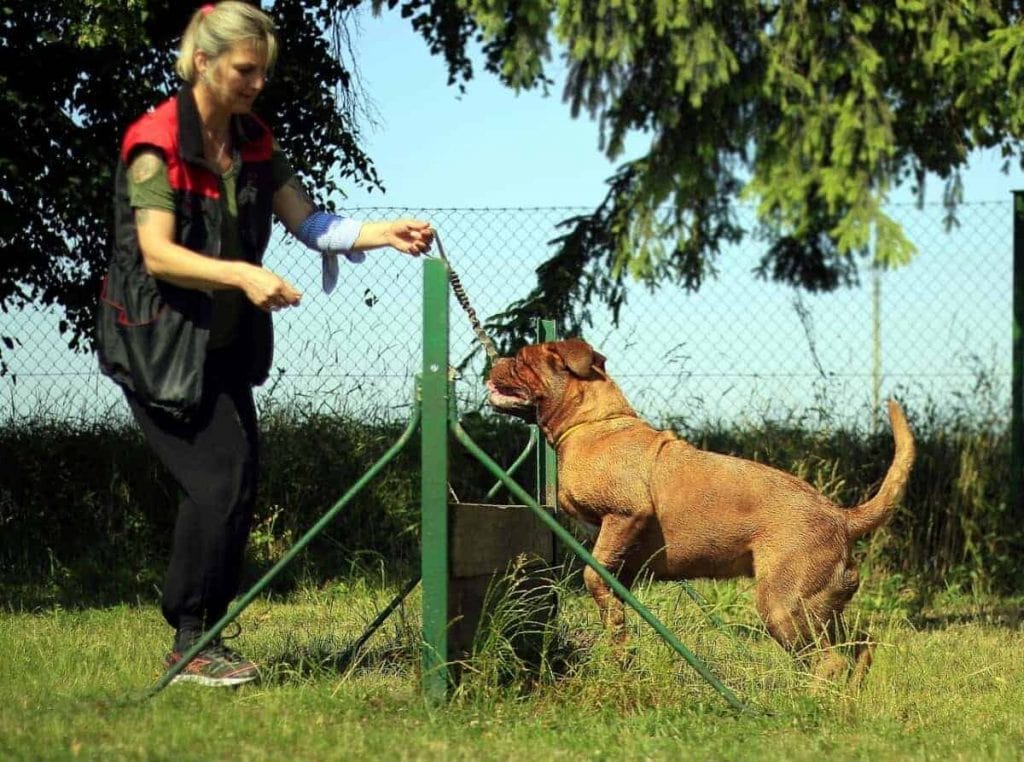 10 Things To Know About Dog Trainers

C.Valitutti
Dog trainers have a very rewarding job. There are many things a dog trainer does and goes through to make sure our dogs are trained…
Read More 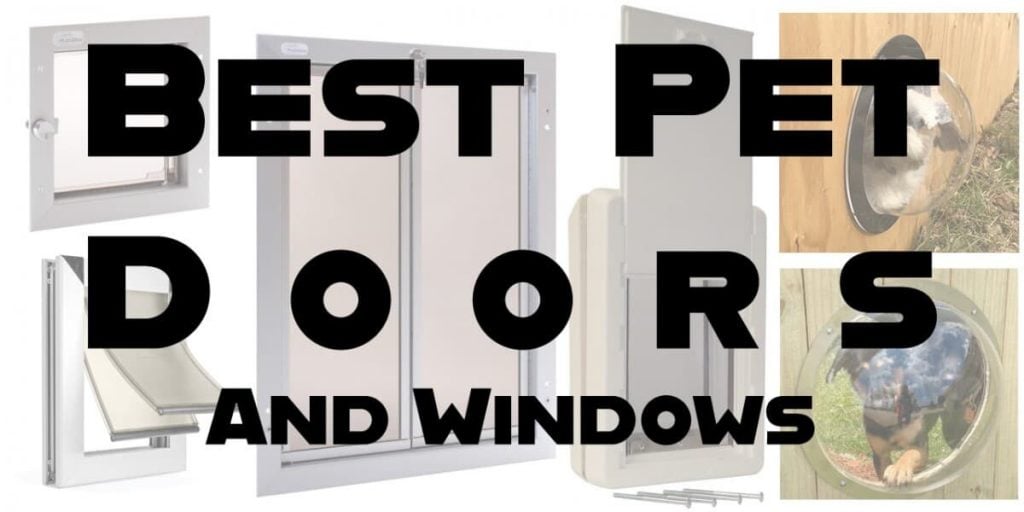 Jeremy Shantz
Whether you’re looking for a door for an existing dog house you’ve built, one you’ve purchased, or if you intend to make a dog house,…
Read More 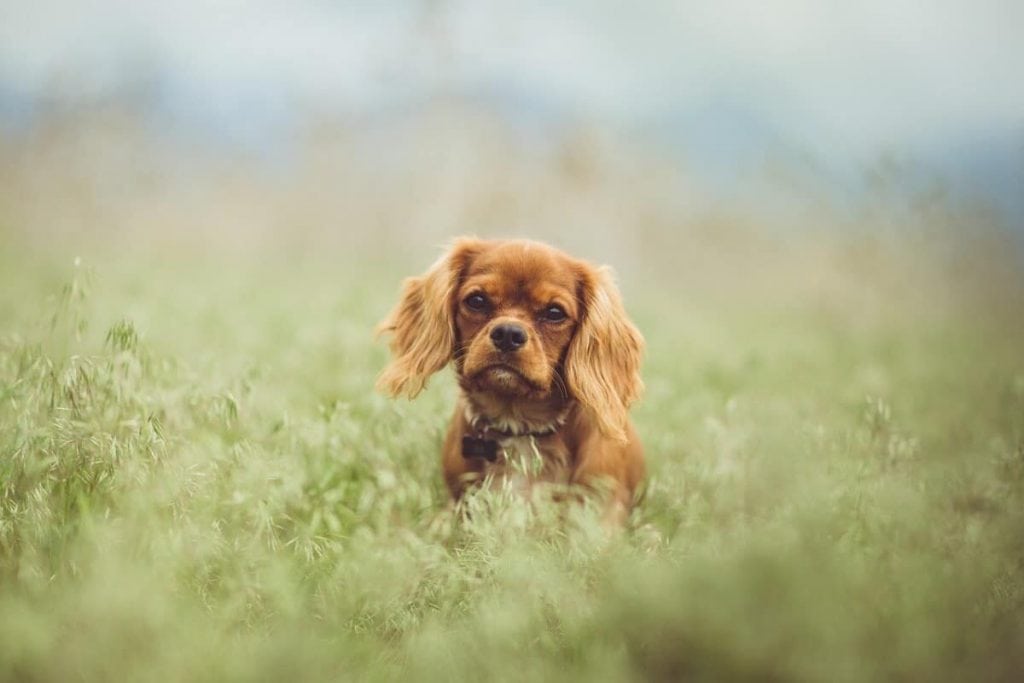 C.Valitutti
The Sussex spaniel is a great companion dog and does very well with children. They are extremely loyal and affectionate.
Read More 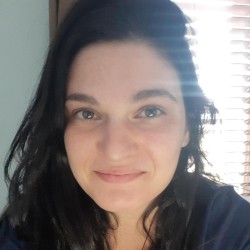