The way in which dog whistles work is the same way a normal whistle works.  The whistling sound of a normal whistle is created by vibrations in the air when the air is split into a stream and directed.  Some whistles, like police whistles, use a small ball inside the whistle chamber. Other whistles, like a fox 40 style do not. Basically, the sound is created when air streams vibrate against each other.  This is the same sort of fluid dynamics as you would think of when trying to ascertain why an antenna on a car, whistles in the wind. This too is caused by airflow streams vibrating against one another. [Source]

Ultrasonic sounds affect a dog like any other high pitched sound.  Consider what a note at the far end of a piano does to affect you.  Not much right? Not unless you’ve been trained to respond to that particular note (and you choose to do so).  The same rules apply to dog whistles as do all noises. You don’t want to blow it hard, close to a dog.  It would be like someone blowing a normal whistle close to you. The only difference between a normal whistle and an ultrasonic whistle is that a dog whistle has a pitch that is higher than humans can hear.

Can Some People Hear Dog Whistles?

As I discussed in my article Dogs and Music – Dog Hearing And Musical Taste, dogs’ hearing range is from 64Hz to 44kHz.  A humans hearing range is from 31Hz-19kHz. According to Wikipedia, an ultrasonic canine whistle is usually 23-54kHz and thus, is out of the human hearing range.  To us, a dog whistle will only sound like a hiss of air.

When considering the moral or ethical use of a canine whistle, it is important to use some common sense.  Let’s say you are playing soccer. The referee blows the whistle. The players are all trained to know that means something or other.  So, is it cruel? Well, let’s look at this another way. Let’s say you are in a small room with one other person. This other person blows a referees whistle hard, and they are standing right next to you.  This is likely going to hurt your ears (and probably theirs as well), so in that circumstance, it would be cruel. It is really how you use a whistle that makes the difference. Using a dog whistle to train a dog is no crueler than using a whistle to train a human.  It only becomes cruel if you blow it hard right next to a dog.

Do They Really Work?

Yes.  But only as much as the dog has been trained to respond to the sound of a dog whistle.  Dog whistles have been used for training dogs for some time. The reason they are effective is that the sound carries a long distance and thus they can be used to call the dog from far away.

Can A Dog Whistle Stop A Dog From Barking?

The quick answer to this question is NO.  Dog whistles may get the dogs’ attention but there is as much risk as there is a potential benefit.  You could wind up playing a game where the dog will bark until it hears your whistle. Then the dog might bark again until it hears the whistle again.  And around and around we go. If the dog was trained not to bark when it hears the whistle, then, of course, it will work. But this all depends upon whether or not the dog was trained to do so.

Do Dog Whistles Work With All Dog Breeds?

Yes.  All dog breeds can hear ultrasonic whistles.  With dogs hearing range being so much greater than humans, and this being the case for all breeds, all dogs can hear them, no matter the breed.  And because they cannot be heard by humans, they make an effective tool for training and commanding your dog without agitating people around. This is the reason that the ultrasonic whistle is really effective for use with hunting dogs because many other animals cannot hear the whistle either.

Where Did The Dog Whistle Come From?

It looks like a history lesson to me! The dog whistle was invented in 1876 by Francis Galton.  Francis was testing what frequencies various animals could hear, including house cats.  According to Wikipedia, he mentions the dog whistle, aka Galton whistle, in his book Inquiries into Human Faculty and its Development. Sir Francis Galton had over 340 publications and was knighted in 1909 in England.

Will They Stop A Dog From Attacking?

Maybe?  If you’re lucky an ultrasonic whistle might distract the dog for long enough to make it reconsider attack.  Then again, it’s also possible it might startle the dog into attacking further. There is no conclusive evidence to support the theory that a whistle will stop a dog attacking any more than yelling or screaming at the dog.  The dog is more likely to stop, in my opinion, if you yell deep and hard at it. But I hope you never have to put the theory to the test. Never put your safety in jeopardy by assuming sound can help you.

Are They Harmful To Dogs?

The Whistle I Recommend

Whistles are a great tool for training and commanding a dog. They are especially useful for running night ops as I like to call it. Rather, what I mean is that you can train your dog to do things that other people and some animals won’t hear a command. I just think that’s cool. You can find the whistle I use on my recommendations page. I use it for training my dog, and keeping her paying attention when walking. It comes in handy when signaling crossing intersections and so on. Solid product, works great.

From dog smell to dog sight, we cover all the ways dogs communicate. Even if we are blind to it.
Read More

Collar vs Harness For Puppy Training: How To Decide

A dog harness is great tool for training a puppy. But what about a collar? We can help you decide w which one …
Read More

Most dogs love to eat cat food and cat poop. Most of us don’t understand why. Read on to find out why …
Read More 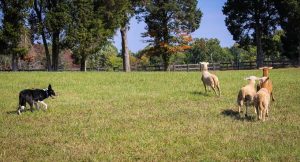 Herding Dogs And Other Pets

Herding dogs have been trained to guard livestock. The breeds under this group are known to be loyal, friendly and affectionate. With the …
Read More

Do Calming Collars Work For Dogs?

Calming collars work for dogs that have behavior issues due to anxiety and stress caused by loud noises, car rides and visits to the veterinarian.
Read More 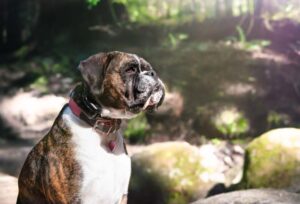 Do Vibration Collars Work For Barking?

Most dogs bark. Some more than others that is for sure. How do we stop a dog from barking? Some say that …
Read More

Don’t miss the latest in the Dog House Reno series. Or these other great articles:

Jeremy is a writer who loves to spend time with his German Pinscher. They work on training for trick titles, scent work, and tracking. Jer has been lucky enough to have experienced five dogs in his life (so far) and loves to learn and share information about our canine companions.
PrevPreviousAbout Dog House Times
NextDogs And Marijuana – A Guide For Dog OwnersNext 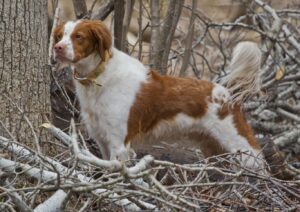